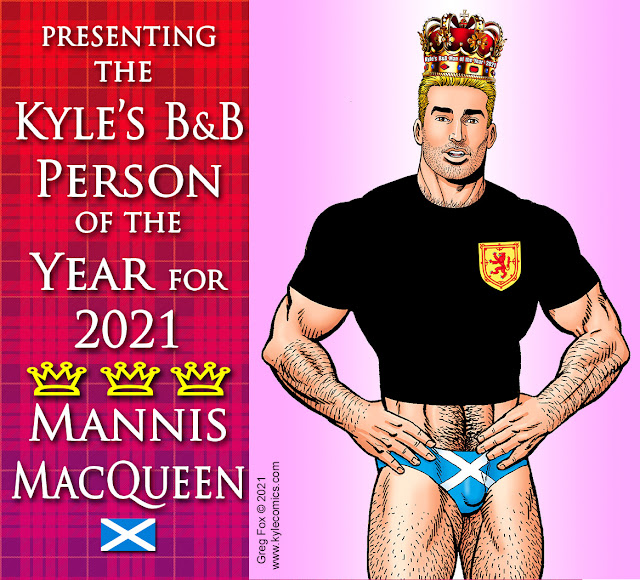 Well, the votes are in, and our man from Scotland has once again grabbed the crown!

This is Mannis's third win, three years in a row, making him & Drew the only characters to

have won the title 3 or more times, (Drew has actually won it 4 times, so he still reigns as

the character with most wins). Once again, Mannis won the title in a year where he had no

major storylines, and overall not many appearances. In fact, he only appeared in 4 episodes...and in only 3 of
them did he actually have any lines of dialogue! So, this may set some sort of a record for a victory with the least
amount of panel-time. However, within those episodes in which he did appear, he had some memorable moments,
as we see in these various highlight panels from Mannis's appearances in 2021:

In looking at the numbers for the other candidates, Kyle had a very strong showing, coming in second
place, (his highest showing ever, no doubt due to his big storyline this year, in the Everhard Woods saga).
Darren placed third, showing a significant jump from his 7th place showing last year. Breyer came in
4th place, also a big jump, (he came in 13th place last year), owing also to his major role in the Everhard Woods
saga. Poor Kristian came in last place, which is understandable, due to his almost complete absence from the B&B
in 2021. Here are the numbers... see for yourself how everyone scored. Thank you so much for taking the time
to be a part of the election, (And if your candidate didn't win, well... there's always next year! Start campaigning now... it's
never too early!). And it you'd like to see the gallery of previous years' winners, you can visit it right here on the website by clicking here. 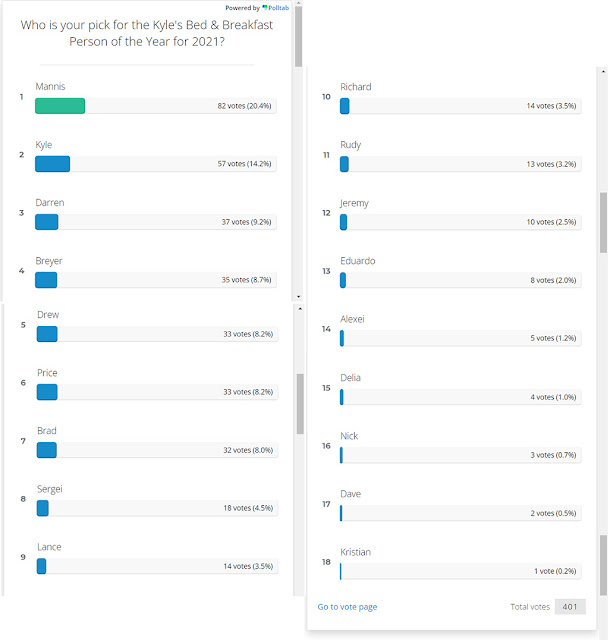 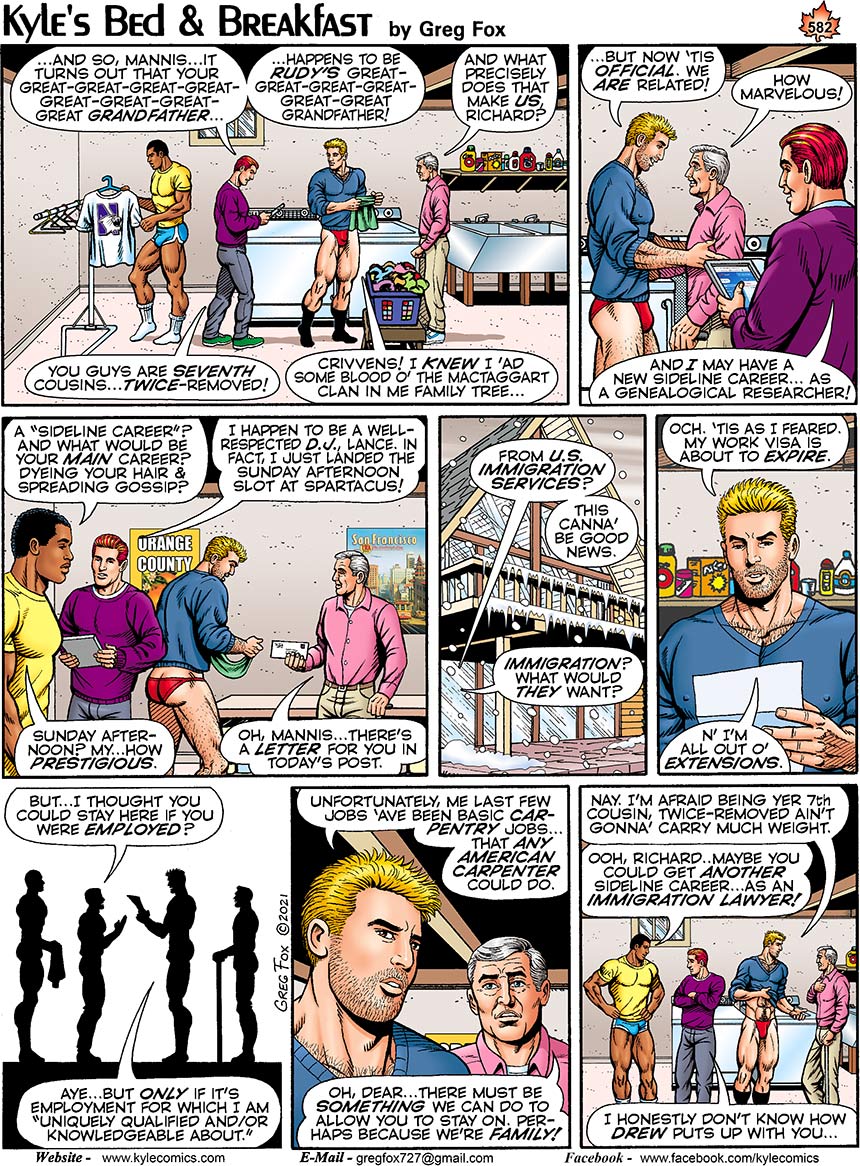 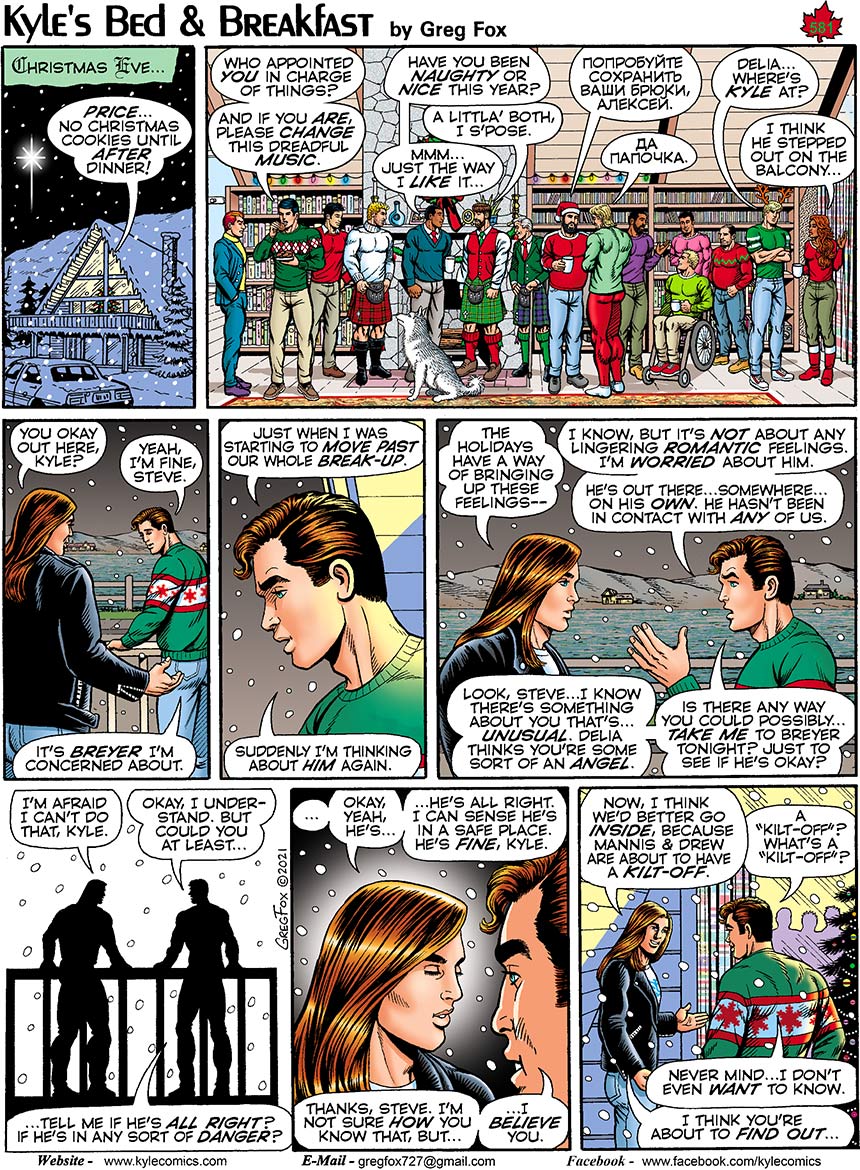 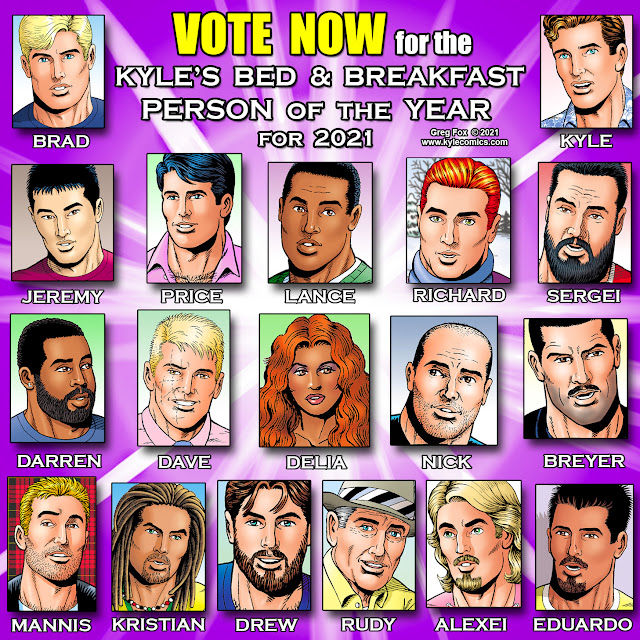 Who do you think was the star-player in the storylines of the B&B this year? Keep
in mind, this shouldn't necessarily be about voting for your favorite character, (although
you can, if you want to). Ideally, this poll should be about voting for the character who
really had a groundbreaking year in the B&B stories. (For example, Breyer may have angered
a lot of readers with his actions this past year, but he certainly qualifies as Person of the Year
because he was at the center of a major storyline for a good chunk of the year!).
Voting ends on Thursday, December 30th at  5:00 pm EST. Winner will be announced
and the crowning ceremony will commence later on that evening. You can only vote
once, so think carefully about your vote! (As always, in the unlikely event of a tie, or
if the poll is somehow compromised, the winner will be determined in a separate poll on the
Kyle's B&B Patreon supporters page).
To cast your vote, scroll down and you'll see the poll options. Pick your person and vote!
(Please note.... if you don't see your vote tallied after you place your vote, don't worry....
you just need to refresh your browser's page after your vote has been placed to see it reflected
in the totals). In years past, for some viewers the poll did not show up on their screen. It seems
to not show up on some mobile  devices. If you can get to a desktop or laptop, that may work
for you.  And if you don't have access to either of those devices, you can e-mail me your vote privately
and I will add it to the totals). Email me at